A Look Back in Time + to the Future with Leonard Kleinrock

"Internet Innovators" ft. the Pioneer of the Mathematical Theory of Packet Networks

I had the pleasure of sitting down (virtually) with the renowned and highly esteemed Internet Hall of Famer and a father of the Internet, Leonard Kleinrock.

Among many award-winning contributions to the field of Computer Science, Kleinrock invented the mathematical theory behind packet switching and sent the first message between two computers on a network that was a precursor of the Internet.

Our candid conversation took place in the most appropriate virtual room: "the Internet History room" (the inception room of Internet communication).

We peeled back all the layers of his story, along with the Internet's history. 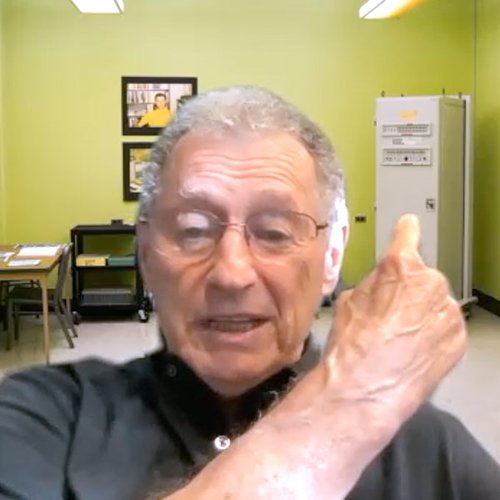 "This is where the Internet began," Kleinrock said.

The virtual background of Kleinrock stands the test of time, as it shows what the actual room looked like during the time of the Internet's inception. The putrid green-painted walls and vintage photographs establish the late 60s era decor.

"That machine that I am pointing to right now," Kleinrock said, as he points over his shoulder to a metal box in the corner of the room. It is the size of a telephone booth or a refrigerator and is "military-hardened."

"That is the first router ever on the Internet. We called it a Packet Switcher," Kleinrock said, '"The routers these days are the size of your cell phone…You can whack it, and it's meant to sustain force…We sent the first message from that machine.”

“If you want to tell me where the Industrial Revolution or Agriculture Revolution began, you probably can't tell me the minute or the four sq. ft. where they happened, but you can with this," he continued.

Kleinrock then points again, only over the other shoulder this time. "And that machine over there is the original host computer of the time. The time-shared computer connected to that machine in the back in the original room. We called it a Scientific Data System Sigma 7. It was the first big machine on the Internet ever."

"Behind me, if I move aside, you see that Teletype is connected to the host computer."

“And by the way, the color of the room and those fluorescent lights," he said.

"Yes, I would ask who the interior decorator was," I said.

"That's the color of '69," Kleinrock responded with another smile. "You just walked back 50 years," he said.

"I'm glad to have missed that era," I said jokingly.

"Look at the magnetic tape-tape rolls, some of these documents here, these are journals from the period of 1969, in which I was able to publish the early results," he said. 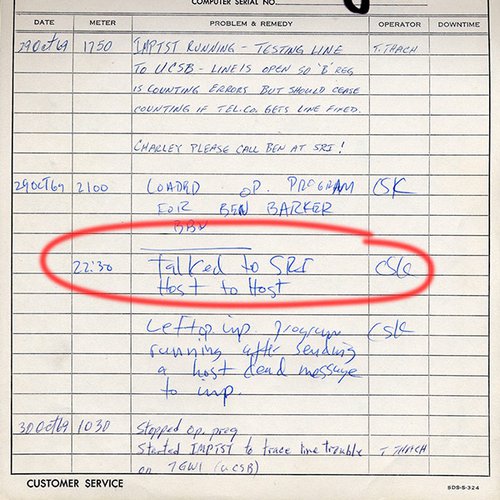 "And over here," Kleinrock continues as he carefully points his index finger to a large book on the virtual table.

"This is probably the most important document on the Internet," he said.

It is the logbook, where the recording of the first message on the Internet is inscribed.

It is not only amazing; it is life-changing.

The opportunity to join the room where the Internet was born over 50 years ago, via a video conferencing call, with a man responsible for the reason we can see and hear each other from two different states in real-time is once-in-a-lifetime.

The historic room stands today in the Engineering Building of the University of California, Los Angeles (UCLA). It is located just down the hall from Klienrock's current office, as he is still a professor at UCLA.

"The entire Computer Science department moved to a brand new building about 600 ft. away. I didn't move. For two reasons: one, I wanted to be near this room and near the Connection Lab, and two, I have books, and the new offices aren't large enough for all the books I have. So, I am in the old building with my old buddy: this room. This is the Internet history room, where it all began," Kleinrock said proudly.

We then jump into Kleinrock's story. Just how did this man come to be?

His story starts on the streets of Harlem, where Kleinrock credits his street smarts and where he learned to live life without pretense.

"There's no puffery; it's a place where it is what it is."

"You know the typical thing when you walk down the street in New York and somebody says, 'get outta here.' So, 'don't give me that nonsense' (kind of attitude)," he said. 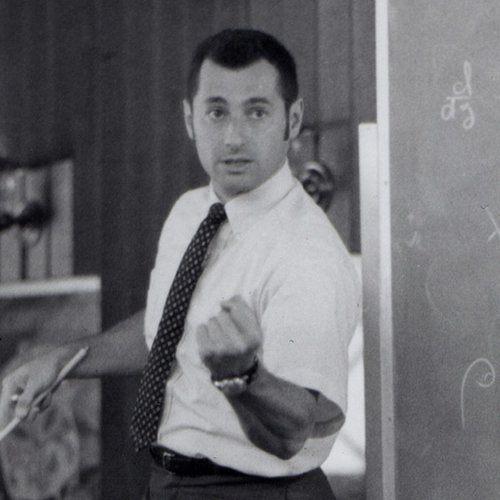 The Man Behind the Tech

When asked how this shaped him, Kleinrock said it made him realize he had to make his way in the world.

"I had to look at the reality of a situation and not pretend things were better or worse than they were, and that applied not only to my social life but also to my research," he said.

"You look for problems that are important and real, and you don't want to fool yourself into thinking you did something great if you did not or try to cover up a mistake. And so, the realism carried through to my social life and my professional life," he said.

In Elementary school, Kleinrock had a passion for comic books that led him to build a crystal radio from a centerfold found in his favorite Superman comic.

"One day I opened it up, and in the centerfold, it was not comics, but it was the description of, How to Make a Crystal Radio. They said that you could build it out of parts you can find around the house and it wouldn't need any power. No batteries, no electricity, and you hear music," Kleinrock explained.

"I looked around the house, and the first thing I needed was an empty toilet paper roll; the second thing I needed was some wire, so I went out into the street and found some wire in the gutter. Then I needed a crystal, and they said you could make a crystal out of your father's old razor blade and a piece of pencil lead. Then it said, I needed an earphone, well where do I get an earphone?,” he said.

Kleinrock knew of a candy store down the street, which had a telephone with an earpiece.

“I knew if you unscrewed the earpiece, you could take it out and use it yourself, and so I stole the damn thing,” he continued.

The last ingredient was a little more complicated.

“Something called a variable capacitor. I knew the only place I could get that would be downtown New York on Canal Street, where all the surplus electronics from World War II were sold,” he said.

The “Magic Quality” + the Day an Engineer was Born

“My mother took me down to the subway, and we walked up to the first electronic store. I walked up to the counter and banged my fist on the counter and said, I need a variable capacitor, and the guy said, ‘what size?’ and I said, 'Oh my god.' It blew my cover. I had no idea, but I told him why I wanted it. He knew what I needed, and sold it to us for a nickel. I went home and wired it up, and I could hear music. I could change stations. No batteries, no electricity, and I was hooked.”

“This was magic and to be honest with you, I have been spending the rest of my life trying to figure out how the damn thing works. Because in some sense - with electromagnetism - any action at a distance is magic, and yes, we understand the technology.”

“But it still has a magical quality, and basically, that roped me in, but I didn't realize it, and I continued to build all kinds of things - model airplanes, different devices, but little did I know an engineer had been born," he said. 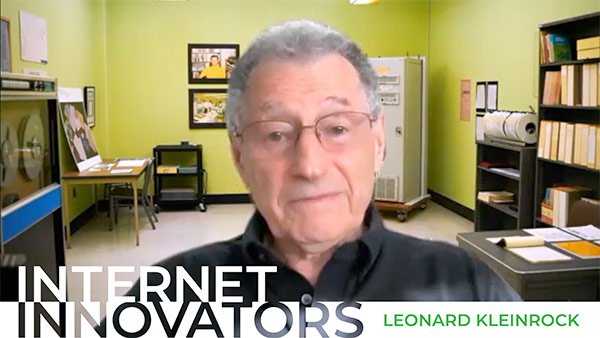 The NANOG Internet Innovators series is a web series, in which NANOG host Elizabeth Drolet explores the past, present, +  future of the Internet via candid conversations with the legendary digital pioneers.

Watch every month as we release a new episode that focuses on the historic accomplishments + personal stories and profiles of the legendary men and women behind the Internet.